Will it cluster? k3s on your Raspberry Pi

You may have seen my previous work with Kubernetes and Docker on Raspberry Pi such as Build your own bare-metal ARM cluster. I'm hoping that this post will be a lot simpler to follow, with fewer workarounds and even more resources left over for your projects to consume.

Darren Shepherd, Chief Architect at Rancher Labs is known for building simple solutions and accessible user-experiences for distributed systems. k3s is one of his latest experiements to reduce the footprint and bootstrap-process of Kubernetes to a single binary.

The k3s binary available on GitHub comes in at around 40mb and bundles all the low-level components required such as containerd, runc and even kubectl. k3s can take the place of kubeadm which started as part of a response from the Kubernetes community to up their game for user-experience of bootstrapping clusters.

kubeadm is now able to create production-ready multi-master clusters, but is not well-suited for the Raspberry Pi. This is because it assumes hosts have high CPU/memory and low-latency. When I ran through the installation for k3s the first time it was several times quicker to boot up than kubeadm, but the important part was that it worked first-time, every time without any manual hacks or troubleshooting.

I'll list the pre-requisites and add some affiliate links to Amazon US.

The Raspberry Pi Zero and first-gen RPi (armv6l) are not compatible with k3s. The main reason is that these devices have very low-powered and so the Kubernetes project does not publish Docker images for this CPU architecture.

I say that you need two nodes, but one node can work if that is all you can spare.

Whatever you do, don't buy a fake. My personal recommendation:

For something like Kubernetes that depends on low-latency I would strongly encourage against you using WiFi. A 5-port Ethernet switch is very cheap and widely available.

You don't want to be using a random adapter or mobile phone charger. Get the official adapter so you're sure the RPi has enough power.

If you're running with more than one RPi then buying multiple cases or multiple power adapters can be a false economy.

I would recommend getting "ribbon" / "flat" cables because regular cables create tension and can pull over your stack of RPis.

CLOUDLET CASE: For Raspberry Pi and Other Single Board Computers

Flash the OS to the SD card

Let's not make things complicated by messing about with bespoke operating systems. The Raspberry Pi team have done a great job with Raspbian and for a headless system Raspbian Lite is easy to use and quick to flash.

On MacOS you can usually type in: sudo touch /Volumes/boot/ssh for this step. 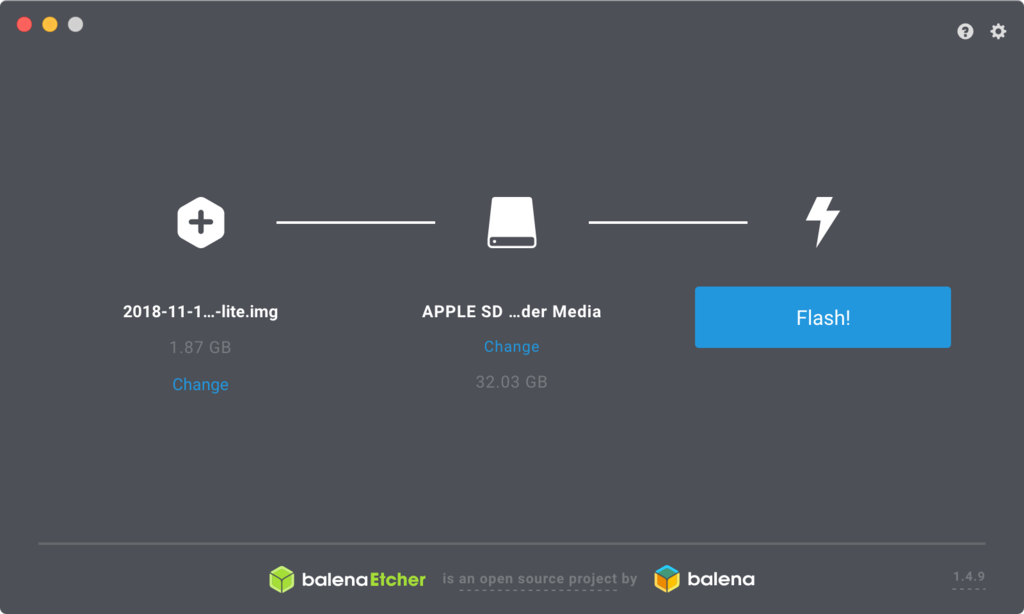 Power-up the device & customise it

Now power-up your device. It will be accessible on your network over ssh using the following command:

I also highly recommend setting a static IP for each Raspberry Pi in your cluster.

Do you have an ssh key?

If that says file not found, then let's generate a key-pair for use with SSH. This means you can set a complicated password, or disable password login completely and rely on your public key to log into each RPi without typing a password in.

Hit enter to everything:

We need to enable container features in the kernel, edit /boot/cmdline.txt and add the following to the end of the line:

The current version of k3s is v0.2.0, but you can always visit the releases page to check for a newer version.

On one of the nodes log in and do the following:

Now the best way to run k3s is through a systemd unit file and Darren provides that in the GitHub repo. For our testing we'll just run the server in a tmux window.

Wait for k3s to start and to download the required images from the Kubernetes registry. This may take a few minutes.

Grab the join key from this node with:

Now join the worker to the server with the following:

We can see our nodes and that they are using containerd rather than full Docker. This is part of how Darren was able to reduce the footprint.

We can now log into the k3s server and deploy a microservice. We'll deploy figlet which will take a body over HTTP on port 8080 and return an ASCII-formatted string.

The deployment will be used to schedule a Pod using a Docker image published in the OpenFaaS Function Store.

Notice that we prefix kubectl with sudo k3s? You can set a bash alias for this in your ~/.bash_profile.

Wait for the figlet microservice to come up:

You can use an Open Source tool like inlets.dev to create a tunnel to the public Internet for your Raspberry Pi k3s cluster. All you need to do is to create a cheap VPS or EC2 node to get a public IP address that connects back to your cluster.

However if you only need your tunnel for 7 hours or are happy to pay for a SaaS service, then then ngrok is also very easy to use and well-known amongst developers.

You'll get a web address appear such as:

Now you can share that URL with your friends:

You can check the logs to see if they tried it:

You can even scale up the microservice:

Then find out which nodes the Pods were created on:

We're only scratching the surface here. You can see Darren demo k3s and OpenFaaS in a CNCF Webinar below:

Kill k3s on each node and remove the data directory.

It is very early for k3s on ARM, but at this stage it's certainly more usable than the alternatives. If you're considering building a cluster for tinkering and for learning more about Kubernetes then you can't go wrong with trying k3s.

Nobody gets fired for learning Kubernetes. https://t.co/qI6Rsy0Fp9